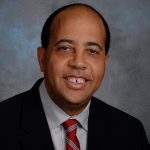 Dr. Charles  Jennings, FIFireE, CFO, is a public safety academic, researcher, and consultant. He is Director of the Christian Regenhard Center for Emergency Response Studies (RaCERS) at John Jay College of Criminal Justice (CUNY), where he is also Associate Professor in the Department of Security, Fire, and Emergency Management.

He has taught at the College since 1997, teaching in public administration, fire, and emergency management programs. He served from 2002–2008 as Deputy Commissioner of Public Safety for the City of White Plains, New York.  Dr. Jennings has completed research projects and contracts for the Transportation Research Board of the National Academies, Federal Emergency Management Agency (FEMA); New York City Office of Emergency Management; the New York‐New Jersey‐Connecticut­‐Pennsylvania Regional Catastrophic Planning Team; and numerous local governments in North America.

Dr. Jennings publishes on emergency communications, policy and community risk, and he co‐edited Managing Fire and Emergency Services. He was involved in the investigation of major fires for the United States Fire  Administration, including several significant high‐rise incidents; and the fire department response to the Boston Marathon bombing, and Fire/EMS response to the Pulse Nightclub shooting.

Dr. Jennings is currently an alternate to the National Fire Protection Association’s High Rise Building Safety Advisory Committee. He was recognized in 2012 as a Fellow of the Institution of Fire Engineers. He spent over twenty years as a firefighter and fire officer.