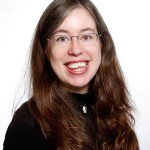 Dr. Clare Allely is a Associate Professor in Forensic Psychology at the University of Salford in England and is an affiliate member of the Gillberg Neuropsychiatry Centre at Gothenburg University, Sweden. She is also an Associate of The Children’s and Young People’s Centre for Justice (CYCJ) at the University of Strathclyde. Clare is also an Honorary Research Fellow in the College of Medical, Veterinary, and Life Sciences affiliated with the Institute of Health and Wellbeing at the University of Glasgow. Clare is a Chartered Member of the British Psychological Society (CPsychol since 2013) and Associate Fellow of the British Psychological Society (AFBPsS since 2013). Clare acts as an expert witness in criminal cases involving defendants with autism spectrum disorder and contributes to the evidence base used in the courts on psychology and legal issues through her published work. Clare’s research specializes in how certain features of autism spectrum disorder may provide the context of vulnerability to engaging in a wide range of offending behaviors, including: lone-actor terrorism, extremism, the viewing of indecent child imagery, mass shootings, school shootings, sexual offending, cybercrime, stalking, violence, zoophilia, and arson. Clare has published in the field of autism spectrum disorder and the features of autism that may provide the context of vulnerability to being radicalized, engaging in extremist online material, and engaging in terroristic behaviors. Clare also has a research interest in autism in the courtroom, prison, and secure care. She is the author of the book “The Psychology of Extreme Violence: A Case Study Approach to Serial Homicide, Mass Shooting, School Shooting, and Lone-actor Terrorism,” published by Routledge in 2020, and the author of the book “Autism Spectrum Disorder in the Criminal Justice System: A Guide to Understanding Suspects, Defendants, and Offenders with Autism” published by Routledge in 2022.