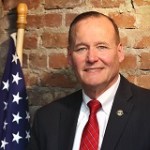 Jeff is a Special Adviser for the National Association of School Resource Officers (NASRO). His primary focus is strategic partnerships and intergovernmental relations.

Jeff staffs and serves as the chairperson for the U.S. Department of Justice, Office of Community Oriented Policing Services (COPS Office) School Safety Working Group. He serves on the Attorney General’s School Safety Task Team and is a member of the project management team for the NASRO school violence prevention project.

From 2004 to 2015, Jeff served as the FBI Special Adviser for Campus and School Safety, a headquarters position which supported the efforts of campus and school-based law enforcement agencies to prevent and control crime. He also represented the FBI on the Justice Department’s intra-agency working group on the federal Comprehensive School Safety Initiative (CSSI). Jeff was instrumental in the creation and development of the national Averted School Violence (ASV) Database through his participation with the CSSI intra-agency working group.

The FBI nominated Jeff for the Service to America Medal for his work to enhance campus public safety across the nation.

Jeff began his federal career in 1985 as a police trainer for the U.S. Department of Justice, Office of Juvenile Justice and Delinquency Prevention (OJJDP).During his tenure at DOJ, Jeff served as the Director of the Police Corps, a national college scholarship and police training program.

In the immediate aftermath of the 9/11 attacks, Jeff was dispatched by the Assistant Attorney General to New York City to coordinate federal assistance for the families of the police officers and fire fighters killed at Ground Zero.

Prior to joining the Justice Department, Jeff served as a Maryland State Trooper and as a field training officer and juvenile detective with the Aurora, Colorado Police Department.Jeff is married with two daughters and a son.

Jeff earned a Bachelor’s degree from the University of Maryland, and a Master’s Degree in Criminal Justice from Michigan State University. For over 20 years, Jeff has served as the volunteer Safety Coordinator for the Therapeutic and Recreational Riding Center (TRRC), which provides physical therapy on horseback for disabled children.